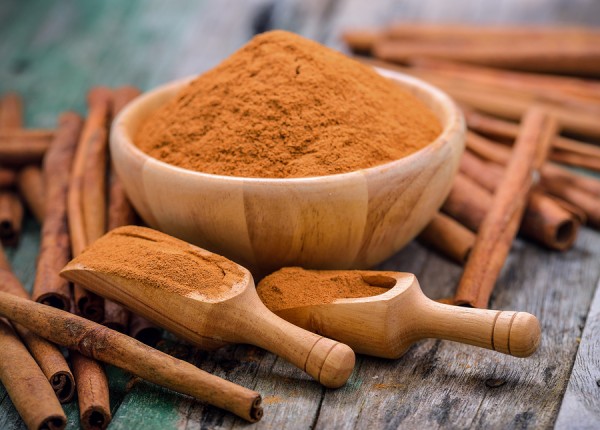 Cinnamon is a delicious and fragrant spice, commonly used in baking pies, muffins and delicious sweet treats like cinnamon rolls. However, did you know that cinnamon may also have health benefits?[1]

Cinnamon comes from the bark of the Cinnamomum tree found in Southeast Asia, South America and the Caribbean. There are two types of cinnamon:

Cassia cinnamon, which comes from the bark of an evergreen tree that grows in Southeast Asia, is the cinnamon commonly found in grocery stores.

Ceylon cinnamon, a rarer and more expensive cinnamon native to Sri Lanka and Madagascar, is lighter in color and milder in flavor than Cassia.

By taking cinnamon supplements or adding cinnamon to your food, you may be able to manage blood glucose levels.[2] While research has been mixed, there is some evidence that cinnamon may be helpful in reducing both fasting blood glucose and A1C levels.[3]

It’s thought that cinnamon helps control blood glucose levels by reducing the risk of insulin resistance.[4] In other words, cinnamon may help insulin work better in moving glucose from your bloodstream into cells to be used for energy.

Cinnamon is considered to be safe, whether you sprinkle it on your morning oatmeal or take it in supplement form. However, there is one ingredient in cassia cinnamon, coumarin, that is linked to liver damage in some people. 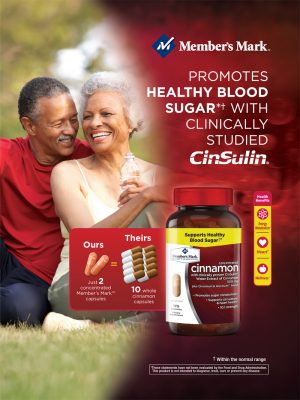 Yes. Water-extracted cinnamon, like that found in CinSulin, has been studied inhuman clinical trials and has been found to be both safe and effective.[5] Results have been published in peer-reviewed medical journals.[6]

Is CinSulin right for you?

When using cinnamon as part of your healthy blood glucose regimen,you need fewer CinSulin capsules compared with other cinnamon supplements, which saves money. CinSulin is not a replacement for your diabetes medicine. Take CinSulin as part of a healthy lifestyle that includes a healthy eating regimen, staying active daily and getting at least eight hours of sleep each night. As a reminder, it’s always important to check with your healthcare provider before taking any type of dietary supplement.

Where can you buy CinSulin?

If you and your healthcare provider feel that taking CinSulin is the right choice for you, you can purchase Cinsulin here.

This blog has been compensated by OmniChannel Health Media and its advertiser. All opinions are mine alone.

*These statements have not been evaluated by the Food and Drug Administration. This product is not intended to diagnose, cure, treat or prevent any disease.

[1] Anderson, Richard A., Re: Chromium and Polyphenols from Cinnamon, lecture given at 2007 summer meeting of the Nutrition Society, University of Ulster.

How Water Extracted Cinnamon Can Improve Your Blood Glucose Control