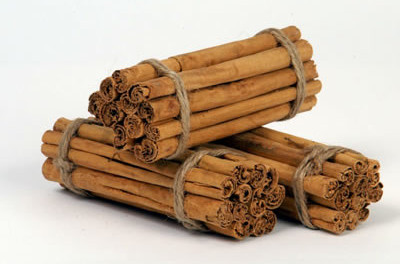 Cinnamon has been talked about for years because of its supposed benefits for people with diabetes. The common spice is thought to lower both blood glucose and A1C levels. How? By improving your cells’ sensitivity to the hormone insulin, which controls blood glucose levels. That is why many people want to know if they can use cinnamon instead of their diabetes medicines.

Studies looking into these claims about cinnamon have mostly involved small groups of 60-100 people, and have only lasted 5 to 16 weeks. On the other hand, studies that look at diabetes medicines can sometimes take years. For example, Metformin, the drug of choice for type 2 diabetes, has been studied in very large trials of thousands of patients over the course of many years. This level of study was able to show that not only does Metformin lower blood glucose and A1C, but it also increases lifespan and decreases complications of those who take it.

Because of the low numbers of patients involved in cinnamon studies, in 2013, the Cochrane Library independent organization pooled together 10 cinnamon trials with 577 people. When the data from all the different trials were combined, it was found that taking cinnamon did not significantly lower blood glucose or A1C. In addition, none of the trials looked at the effectiveness of cinnamon in preventing diabetes complications. The common claim that cinnamon improves insulin sensitivity has not been proven in clinical trials, either.

If you enjoy cinnamon for its aroma and spicy sweetness, go ahead and enjoy it, but don’t count on it to control your diabetes. Looking for a natural and safe option is the smart way to go about caring for your health, but make sure you choose therapies that have been proven to work:

If you do decide to try cinnamon it should be in addition to, not instead of, your current diabetes treatments. Make sure to enjoy cinnamon in moderation; the amount usually found in food appears to be safe. However, large amounts may affect your liver and can cause problems with certain prescription medicines. If you choose to include cinnamon as part of your daily routine, the doses studied were 1 to 6 grams of cinnamon daily. To put that in perspective, 5 grams is about one teaspoonful.

Cassia cinnamon is the type that has been studied the most and is found commonly in supermarkets, but Ceylon cinnamon is preferred because it has less potential to harm the liver. An alternative to cinnamon is cinnamon capsules, which are available in both pharmacies and health food stores. Many of the capsules contain Cassia cinnamon, so look carefully for the Ceylon version. Although cinnamon is classified as a food, when it is used to lower blood glucose it acts as a drug, so talk with your healthcare provider or pharmacist before you decide to use it. 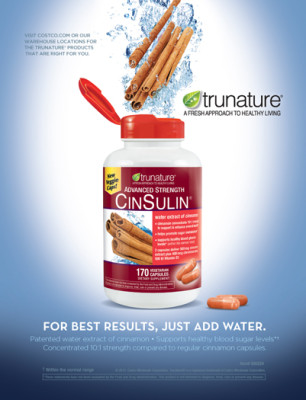 Stay on track when eating out

Knowing your risk may prevent diabetes

The truth behind trans fats

Keep your child fit to protect heart health for later!