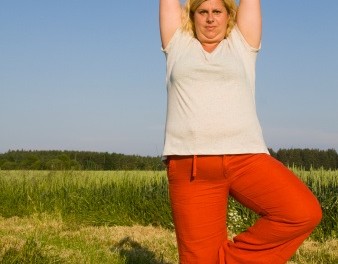 Recent research has shown that obesity and inactivity is actually the second leading cause of preventable death in the United States. About 400,000 Americans die each year from this cause, compared to 435,000 from the leading cause—tobacco use.

Being overweight and inactive has risen 33 percent over the last decade, whereas other top causes of preventable deaths, such as substance abuse, have gone down. Obesity is also a major risk factor for type 2 diabetes, so it’s no wonder that millions of Americans have been diagnosed with this disease.

Because it is so terrible that so many deaths could have been avoided, the U.S. Department of Health & Human Services
(HHS) is taking action to make America aware of this problem. Instead of telling everyone to take drastic measures to lose 100 pounds, the awareness focuses on encouraging people to make small changes in their lifestyles. Consistent small changes will lead to better health overall, and hopefully a sharp cut in the death toll.

One method of spreading this awareness is through the Healthy Lifestyles and Disease Prevention initiative. This initiative includes advertisements and a web site that show “heavier” Americans watching their “healthier” neighbors enjoy themselves while taking small steps to be more physically active and to eat healthier.

This is the underlying idea that all Americans should keep in mind: small steps mean big rewards. You can replace your usual dessert with frozen grapes for a delicious treat, or get up off the couch to changes the television channel, instead of using the remote.

The National Institutes of Health (NIH) is also furthering its research on obesity, trying to better understand, prevent and treat the condition. With type 2 diabetes on the rise in the United States, as well, fewer cases of obesity might mean fewer cases of diabetes in the future. So take the leap and take small steps to better your health today!

On the Road for Diabetes with Celebrity Chef Charles Mattocks

Diet And Exercise Are Not Enough To Reverse Obesity For Most