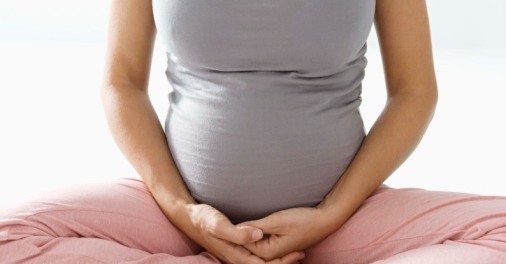 If you are among the 7 percent of women who experience diabetes during pregnancy, also known as gestational diabetes, or if you gave birth to a child that weighed more than nine pounds, research indicates you are at high risk to develop type 2 diabetes.

It’s a fact, nearly 50 percent of women who had gestational diabetes go on to develop type 2 diabetes. The chances of developing diabetes are even greater if you have other risk factors. These include parents or siblings with diabetes, obesity, lack of physical activity, as well as being a member of a high-risk ethnic group, such as African-Americans, Hispanics or Native Americans.

What is Gestational Diabetes?

Gestational diabetes is the onset or first recognition of high blood glucose levels during pregnancy. Blood glucose levels start to increase midway through pregnancy, at a time when the baby requires more nourishment and the mother subsequently consumes more calories. These extra calories require the mother to make more insulin—most women can keep up with the demand for extra insulin. However, in women who develop gestational diabetes, blood glucose rises above levels that are ideal for the health of the baby and the mother.

If you have gestational diabetes, you have some resistance to your own insulin. This insulin resistance can cause high triglycerides, low HDL (good cholesterol) and high blood pressure. It also can lead to high blood glucose levels. In addition, you are not able to make enough insulin because the demand for insulin has increased.

What can you do to prevent or delay the onset of type 2 diabetes? Insulin resistance and a relative lack of insulin from gestational diabetes can reappear later in life, as glucose tolerance tends to decrease and as weight often increases. Stay at a healthy weight, and become more physically active. Studies show that the loss of 10 pounds to 20 pounds and 30 minutes of activity five times a week can do the trick. Achieving a healthy weight and being active also can help reduce the odds of having insulin resistance.

Be aware of the common symptoms of diabetes: thirst, frequent urination, weight loss, tiredness and hunger. If you think you might have diabetes, contact your health care provider immediately. The goal is to detect diabetes early so it can be managed, thus reducing the risk of long-term complications.

How You Can Help Prevent Type 2 Diabetes

What is diabetes? Diabetes Quiz

Why Do I Need to Check my Blood Glucose?

FOR YOUR EYES ONLY

How To Slow Down Type 2 Diabetes

Dietitians can Help you Meet your A1C Goals